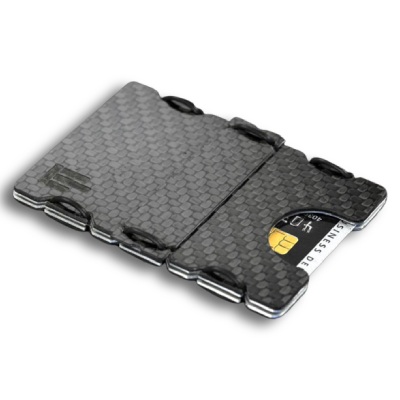 ⚠️ Note: Some users have complained on social media that they were not able to receive their devices.

Introduced on January 13, 2018, the product is a unique card-holder embedded with an NFC. Users can receive cryptocurrencies through a public key.

It supports Bitcoin, Ethereum, Monero, Dogecoin, Ripple and others.

After its marketing campaign, many users have complained that they did not receive their Cryptolite. Some of these complaints are found on YouTube. Yet others received theirs. The blog post referencing how to use the wallet’s cryptocurrency wallets is no longer available but is referenced on a reddit post.

marshharshall
Posted on February 10, 2018
The wallet is embedded with an NFC chip that allows you to share your public key so you can receive currencies and/or store your private key. It essentially acts like a paper wallet but made from heavy duty materials and instead of being printed, its stored on the NFC chip (so nobody can peak at your address). Also, the benefit from having this wallet instead of a paper wallet is the chips are rewritable. We will be releasing some instructional videos in the next couple days. In the meantime, please let me know if you have any other questions!

This product is clearly discontinued. From the pictures, we can see that the card does not have a display or buttons for users to interface with.