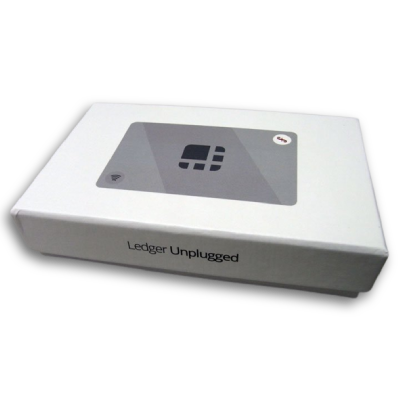 This applet is an implementation of the Ledger Wallet Hardware Wallet specification emulating an NFC Forum Type 4 tag to display the second factor, with specific extensions

It is compatible with the core API with a few limitations if not using a proprietary API to recover public keys - the public key cache needs to be provisioned from the client side.

You can still find the product page for the Ledger Open Source Java Card on archive.org

The Ledger Open Source Java Card was discontinued sometime at the beginning of 2017. u/murzika (Eric Larchevêque) Chairman and Co-founder of Ledger has this to say on Reddit:

You can buy the a NFC card directly on Fidesmo’s website (http://shop.fidesmo.com/) and then buy the Ledger app. It’ll be a full equivalent of the Unplugged.

We stopped selling it (the Ledger Unplugged) directly because there was too much customer support needed: NFC is not working well (generally speaking) and depending of the phone and the environment the communication with the card didn’t work well all the time.

Nicolas Bacca had this to add:

The Ledger Open Source Java Card has no interface and is no longer in production.