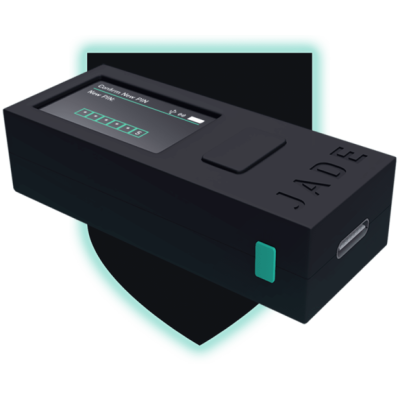 We could not verify that the provided code matches the binary!

If the answer is "no", we mark it as "Not reproducible from source provided".

Published code doesn’t help much if it is not what the published binary was built from. That is why we try to reproduce the binary. We

If this fails, we might search if other revisions match or if we can deduct the source of the mismatch but generally consider it on the provider to provide the correct source code and build instructions to reproduce the build, so we usually open a ticket in their code repository.

As we cannot verify that the source provided is the source the binary was compiled from, this category is only slightly better than closed source but for now we have hope projects come around and fix verifiability issues.

Please help us spread the word, asking Blockstream Jade to support reproducible builds  via their Twitter!

Update 2022-03-08: On March 3rd version 0.1.33 was released. If you are running version 0.1.32 which was released December 23rd, you might or might not be able to verify what you are updating to, depending on the companion app being updated, too or not. Check this issue for details.

Update 2021-11-02: We are in touch with the provider and while the firmware was updated two weeks ago already, their latest comment on the issue was a day after the last release, so we assume the problem persists.

Blockstream Jade is one of the newer hardware wallets but provided by Blockstream which is a very well known player in this space.

On the product website, the Blockstream Jade is advertised as

Liquid is a sidechain developed by Blockstream, mostly used for quick settlement between centralized exchanges with some advanced features like “confidential transactions”.

This hardware wallet works with

Green: Bitcoin Wallet Reproducible and its iPhone and desktop counterparts as its companion app.

The provider makes no claims about the firmware being reproducible and neither can we find the binaries for download. Given the companion app does have a good track record of being reproducible, we assume this issue to be resolved quickly and being more about documentation but as with half an hour of searching we could not find the answers to these questions:

the firmware of this device is currently not verifiable.

So as we learned in this issue, the provider doesn’t easily offer the firmware for download but we came up with a convenient script to download the latest version. As there are two slightly different versions of the Blockstream Jade and the firmware comes in two flavors - with or without radio - this script downloads four firmware binaries:

So we have something to check. On to compilation:

As always we prefer compilation in containers, so we go with the Use docker instructions:

From here, the Build the firmware part should work, right?

The error doesn’t come as a surprise as we have no Blockstream Jade connected. But -- Build files have been written to: /root/jade/build looks promising.

Sadly this is “Build files” not “Built files”. None of the 769 files contains “firmware” and the two “.bin” files “build/CMakeFiles/3.18.4/CMakeDetermineCompilerABI_C*.bin” don’t look promising neither.

So what’s probably going on is that the above command idf.py flash monitor would determine the configuration of a connected Blockstream Jade to then compile exactly for this device.

Under Build configurations they explain:

The menuconfig tool can also be used to adjust the build settings.

Running this command, we get a huge menu with tons of sub-menus allowing to configure what exactly to compile which is where we give up for now and hope to get easy steps on how to reproduce exactly the four files we downloaded above. In the mean time, this remains not verifiable for us.