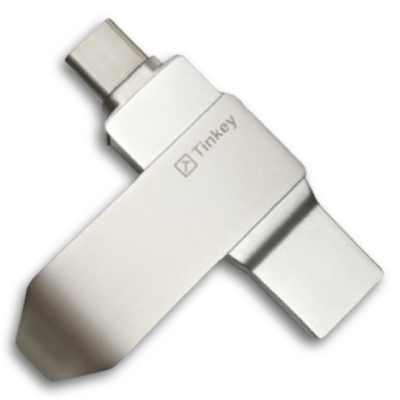 Please help us spread the word discussing build reproducibility with BitArk Tin Key  via their Twitter!

BitArk Tin Key’s homepage is no longer online. We’ll round up some of the claimed features which are described on its twitter account.

The BitArk Tin Key is associated with the bitark.io exchange. This is evident in the cross-promotion between BitArk and Tinkey on their twitter and instagram accounts. Most of the activity from these accounts occured in 2018. The current bitark.io website does not refer to tinkey or to the exchange. The last Medium post of BitArk dated October 13, 2018, was specifying promotional procedures for its users which also involved receiving the device.

In order to give back to the community’s small partners, BITARK and Tinkey Wallet carry out the mining machine activities in the community. Anyone who is in the BITARK community can participate in this event. The specific rules are as follows:

Participate in the official BITARK thoughts:

We believe that this device has been discontinued a few months after its launch in the 2nd quarter of 2018. Its last tweet was dated October 25, 2018. Its last Instagram post was made in October 13, 2018. The url “tinkey.io” has not been archived in archive.org.

A picture of the device does not show a display interface. This picture also corroborates the fact that it was physically produced.

In some of its social media posts, we can see that it can be acquired by “donating some ETH”. Nevertheless, since the shop on its homepage is no longer available, it is safe to assume that the device is no longer in production.