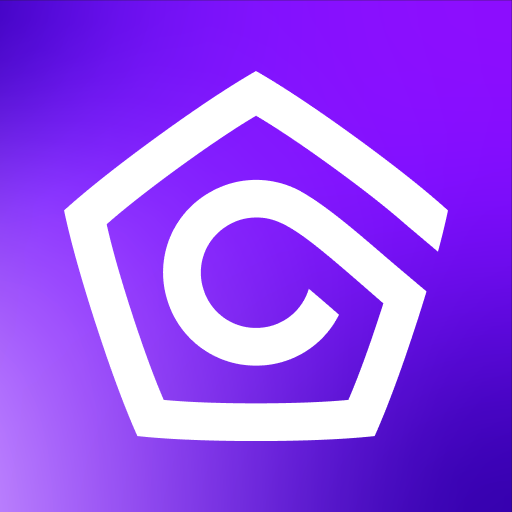 Please help us spread the word discussing transparency with Casa App - Secure your Bitcoin  via their Twitter!

Update 2020-12-03: This app is not obfuscated. Anybody can decompile at least version 2.27.10 and inspect the code or modify it to compile it back into an app. Clearly licensing stops honest people from publishing the result to any users but we don’t see any argument left to not publish the code under a non-permissive license.

Update 2019-12-20: This app and its review here were also discussed in a great episode of the Unhashed Podcast.

This app follows an interesting concept with a multi-signature setup.

The app contains a single-signature wallet like most wallets discussed here but it also allows to use 2-of-3, 3-of-5 and maybe other configurations.

So the client software is a wallet on its own but can we audit it? Neither on Google Play nor on their website nor on GitHub can we find a link to the source code.

Yeah. I mean, this is something that we’ve talked about, you know, ever since we started the company the various trade offs between what you can accomplish with free open source software versus, you know, a for profit company that may not open source all of the software that it’s writing. And when you’re looking at the multisig product that we’ve built, that is actually a very well diversified product because you end up using open source software, your firmware and hardware from a variety of different companies, which helps you both increase your level of security from a variety of different threats and decrease the likelihood that, you know, all of those different actors out there have been compromised and willing to coordinate, to work against you. It gets a little bit trickier, you know, when we’re talking about a closed source, single sig hot wallet, I mean, this is a riskier threat model.

fair points but … there is a single signature part to the wallet which they recommend to use like a checking account and as they recommend their multi-signature “gold” product for wallets starting at $1000, we assume this wallet is still meant for amounts up to $1000. And regardless of recommendations, users tend to forget they have $700 in their wallet and next time they check, Bitcion went up x20 …

Lopp goes on to say:

Now, when we’re talking about open source versus closed source in the context of mobile apps, then it gets even trickier because it is difficult if not impossible. And in fact, we have not yet really found a way to verify the build of a mobile app that is on the Apple store or the Google Play Store.

which is a direct hint to what we are doing at WalletScrutiny. Is he claiming we are promoting something that cannot exist? Or that he has not yet figured out, which given he is a professional in the space since before Bitcoin would be hard to believe? He explains:

The way that these mobile App Stores work is that they require the applications to be cryptographically signed by the developers in order to get pushed out to the store, but the actual build process for the app, the actual you know, attestation of what the code that’s that’s being run on the app is not really a part of the experience that Apple and Google provide.

What does he mean by that? Yes, the apps are signed. So what? For Reproducible Builds, a missing signature on part of the re-builder is perfectly fine to proof a match of the underlying code. Strip the signature from the Google Play version and compare.

The only real option, if you wanted to be sure of what the actual code was running as would end up having to build the mobile app yourself and load it onto your phone.

This is, theoretically possible, at least with Android, but it requires a fair amount of technical experience. It’s really not, the people who have the ability to do that. We are not really targeting them for this experience.

Reproducible Builds matter precisely so you can take advantage from public code audits without having to compile or audit the code for yourself. It is a complicated and technical topic and it is our mission to educate users and providers on the possibilities and limitations so users will demand reproducibility for peace of mind while professionals call out those who don’t follow best security practice thanks to relevant projects being subject to public scrutiny.

You know, this is meant to be for nontechnical people who are very early in their Bitcoin life cycle. So it really seems like from a free open source software security side of things, that it’s more of a feel good idea of having open source mobile apps, if you can’t actually verify.

Pardon? “open source software” is a “feel good idea”? This part of the interview is really getting hard to read without jumping up from the chair!

I mean, we are all familiar with the mantra of don’t trust verify, and if people could, you know, verify that the code we open sourced was the code that was out there on these stores. Then I think it would make a stronger argument for us to be open sourcing it.

Jameson Lopp we challenge you to show how WalletScrutiny is pointless. We close shop if you can show that our work is futile.

WalletScrutiny.com is not perfect but for now provides an important building block towards making wallets more secure by ensuring Build Reproducibility.

The missing parts of

depend on users and providers caring enough to appreciate the security implications of rushed releases and incentives bug bounties to audit code.

Build Reproducibility is important and possible and you claiming the exact opposite is an affront to those who hold up these pillars of transparency.

The other downside is that, like I said, these apps require a cryptographic signatures from the developers to be on the store. There’s also various functionality that we’re using such as some of the pieces of the seed backup that also require that. So even if you built the app on your own, you would not have a fully functioning Casa wallet, you know the user experience that we really intended. So there’s trade offs Yup.

With Build Reproducibility, the signature of the Google Play app can be applied to the self-built app. Sure, modifications are not possible but our fight is for transparency for the sake of security, not for the freedom to do modifications.

In defense of Lopp, he is talking about “Open Source”, not “public source”, so some statements apply to Open Source that would just not make sense for public source but let’s take

Casa can never access your funds - even if we wanted to. With multisig, multiple keys are required to spend your Bitcoin, and Casa only ever has access to 1 key (for use in emergencies only). This also means that it’s impossible for Casa to ever stop you from accessing your Bitcoin. And that even if Casa were under attack, your funds would still be 100% safe from thieves or hackers. Casa was architected with a ‘Can’t Be Evil’ principle.

How does the setup process work?

For Gold memberships, you can bring your own hardware device(s), download the Keymaster app, and get started immediately. For Platinum and Diamond, Casa’s team walks you through a simple, curated setup process:

So if our assumption is correct that the client software is responsible for one of the keys in each setup, the above information leads us to grim conclusions.

Casa makes sure to always have control over the majority of your keys:

Combined with this quote from the above interview:

You know, this is meant to be for nontechnical people who are very early in their Bitcoin life cycle.

How much Bitcoin can I store in Casa?

it gives the impression Casa targets rich, non-technical users and lures them into using their products that are not auditable and thus leave room for backdoors capable of emptying all clients’ wallets at once.

We don’t assume that Casa is out to steal your keys but we stand by the mantra “Don’t Trust. Verify!” and consider this wallet with or without multi-signature setup to be not verifiable.